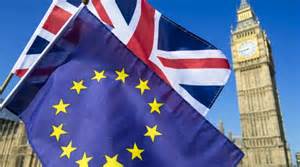 Posted on 3rd January 2017 by AbsolutelyRecruitment

The latest data from CV-Library has revealed that the UK job market continued to strengthen in the six months post-EU referendum, despite ongoing economic uncertainty. Analysing data from 23rd June 2016 to 30th November 2016 and comparing this with the same time periods in 2015 and 2014, the findings revealed that job vacancies rose, applications soared and salaries continued to increase at a steady rate.

It’s extremely positive to see that the labour market has stood strong these past months, with job vacancies rising by 12% when compared to the same period in 2015 and 35% on 2014. And while the immediate aftermath of Brexit may have caused panic across the UK, especially with the value of the pound dropping significantly, the findings show that between the 23rd June and 30th June 2016, vacancies were actually up by 17% on the previous year.

Despite the summer months usually being quieter times for recruitment, this year, July, August and September all saw particularly strong growth, with November being one of the top months for job growth nationwide. This suggests that businesses remained confident about growing their future and existing workforce.

Alongside this, certain cities and sectors saw above average growth when comparing year-on-year data, as outlined below:

The data also reveals that applications during this period were up by 2% on 2015 across the nation, with certain sectors witnessing a significant jump in candidate appetite. Most notably, manufacturing (up 18%), agriculture (up 17%) and automotive (up 16%) all saw a considerable hike, which is impressive  given that these sectors were predicted to be hit hard by a UK Brexit. Our findings indicate that candidates are still looking for new opportunities, providing a strong pipeline of talent for organisations to tap into and ensure that business output across the UK remains strong.

However, the findings also show that some of the UK’s key cities saw substantial drops in applications, when comparing data with 2015. In fact, Bristol (down 18%), Aberdeen (down 18%), Cardiff (down 17%) and Brighton (down 13%) saw the biggest falls, suggesting that candidate confidence was not as widespread as originally anticipated. However, this shouldn’t ring too many alarm bells as it could be a result of the usual summer slowdown.

According to the data, it is clear that businesses are continuing to invest in their workforces, with average salaries increasing by 2% since 2015 and 3% since 2014.  This steady growth suggests that despite there being economic pressures across the UK, businesses are remaining confident. What’s more, in the week following the EU Referendum, salaries rose by 4%, indicating that businesses were still looking to invest in their future and existing workforce during this time.

It’s great to see that despite economic uncertainty, and a certain amount of worry post-Brexit, the labour market has stood strong. Job growth and applications saw an increase when compared with data from both 2015 and 2014, and salaries rose at a steady rate.  It’s hard to predict how salaries will fare in the year ahead, as pay expectations are already weak, and as inflation moves up we can expect a period of low or negative wage growth for the squeezed middle. The implication of Brexit for employers is still unclear – particularly in terms of access to migrant labour and a dent in consumer and business confidence. What is known is that formal negotiations will not be taking place until the early part of next year, so the nation will have to continue to sit tight until then.


Upload your CV Let us find the right job for you.

Job of the week